The Canadian wilderness isn’t just an angler’s paradise – it’s the perfect place to get away from it all, says MICK GELL

BOUNCING about in a small boat on a lake, five miles from dry land, I was slowly getting to grips with my rod and tackle. As it happens, it didn’t long for me to land a 30in northern pike. That meant lunch was sorted and no sooner had we landed on a deserted lake beach, my guide Nap had top-and-tailed the fish and was prepping it for the campfire. There’s nothing quite like catching your own food.

n these parts, it’s almost a necessity as the nearest shop is a floatplane ride away.

I’m in the untamed Canadian wilderness in the north central subarctic region of Manitoba.

The landscape is virtually untouched and it is home to more than 100 lakes, which attract all manner of wildlife – caribou, moose, black bears, beluga whales, wolves – even grizzlies further north.

We’re based at the rustic Gangler’s North Seal River Lodge on the shores of Egenolf Lake where, judging from the mounted trophies of giant pike adorning the wood-panel walls, angling is the main draw.

Situated in the very north of Manitoba, the lodge is close to the Nunavut border and a three-hour flight from Winnipeg on an eight-seater plane which has to stop en route to refuel. Luckily, Gangler’s has its own gravel landing strip. 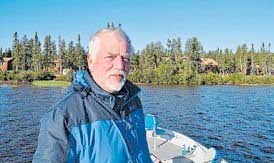 The lodge is owned by Floridian Ken Gangler who has run the five-million acres with a passion for the past 21 years.

My accommodation was a very comfortable two-room cabin close to the main lodge which sleeps up to 24 people.

It only opens for four months a year, due to the weather.

Ken’s core clientele are hardcore fishermen from the USA looking to beat the 52in pike record and catch many other species such as Arctic grayling in the rivers and lakes.

As well as the fish, Ken has another passion; this land is unbelievably isolated but rich in culture and heritage, and he wants to share its natural history.

He shows me around just a few acres in his all-terrain vehicles, basically golf carts on steroids.

The landscape may be flat but it’s fascinating. It holds many secrets from years past, as the quartz arrowhead I found lying in the gravel testified.

Ken estimates it’s some 2,000 years old, created by the ancient ancestors of guide Nap, a descendant of the Dene and Cree Nations, who have lived on this land for 8,000 years, since the glaciers retreated.

The big melt revealed giant boulders and a peculiarity called eskers, which are great dunes forged by the rivers running from the bottom of the glaciers as they melted.

There are 13 major ones in this region with the longest at more than 180 miles. Some are up to 400ft high, and were astonishingly formed under 2.5 miles of ice.

Now the tree-less gravel dunes are used by animals such as caribou on huge migration routes – and us who explored them on all-terrain vehicles.

We trundled past wetlands and through dense forests, all the while looking out for wildlife. There are 13 major eskers in the region surrounding Egenolf Lake. The Robertson Esker is the longest at more than 180 miles.

Archeological artefacts, commonly found on the eskers, indicate that ancient indigenous peoples used the eskers as travel and hunting routes after the glaciers left the region approximately 8,000 years ago.

The first Europeans arrived here with explorer Henry Hudson around 1611 and founded a very profitable fur trade which went on to become the Hudson Bay Company, one of the most powerful traders in North America.

What followed was 250 years of civil war and native conflict and the men who eventually settled here were hardened trappers used to the intense cold and isolation. When I visited in August, it was unusually warm. 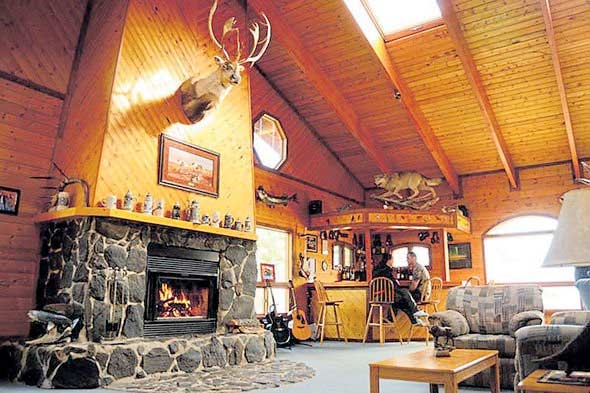 There was nothing better, being so far from civilisation, than spending the evenings sitting around a campfire, beer in hand, with the Northern Lights for company.

The dancing sky lights really are the most beautiful phenomenon.

It was infinitely more comfortable to the winter temperatures which can plunge to -50C.

A getaway to this remote part of the world, isn’t cheap – just think, absolutely everything has to be flown in from miles away – but if you’re yearning to get away from it all, this is your place.