With over 12 river systems and over a hundred lakes, Ganglers has 113 boats spread over this vast watershed which you can experience from both water and land. 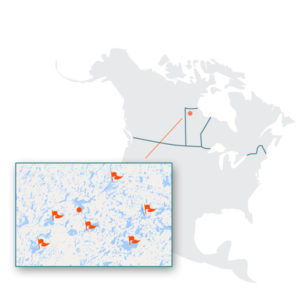 The unique North Seal River watershed sprawls from northwestern Manitoba to Hudson Bay. The epitome of pristine – the North Seal is a Canadian Heritage River, only accessible by air and 320km from the nearest road, 1050km north of Winnipeg, MB and just below the 60th parallel and Nunavut.

The lodge on Egenolf Lake is on the main juncture for the North Seal River System and the epicenter of our exclusive 5,000,000 acre allocation. Your adventures here are an exclusive experience. You will explore, kayak and canoe, hike, bike, fish, ride on a exclusive esker tour, and fly over some of the most virgin, beautiful wilderness in the world. 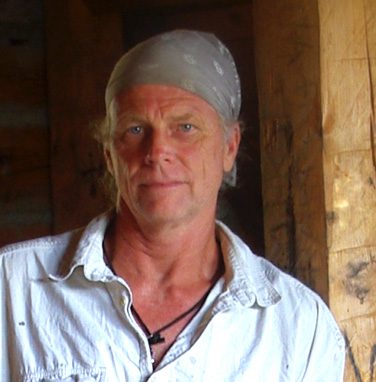 Eskers exist throughout the

Wilderness biking on an esker top

Enjoy a unique ride through the transitional boreal forest or on the top of the eskers on a Salsa Fat Tire bike. It will be a ride unlike any you have ever experienced. Or you can be dropped off by floatplane and enjoy your biking expedition back to the lodge!

Bike to the top of an esker!

Aboriginal peoples used the eskers to seek out game.

Wildlife use eskers as travel routes as did the Aboriginal peoples

Our esker tours are a unique way to experience these incredible geological formations.

Learn more about our Esker tours
Explore the Eskers

Medicinal plants used by Aboriginal peoples grow near the eskers.

Learn more about our tours.
Tours

Most of North America was covered by several massive ice sheets that were more than 2.5 miles (4 km) thick. The ice sheets advanced and partially retreated several times, each time scouring the landscape under their massive weight.

By 25,000 to 21,000 years ago, the Laurentide Ice Sheet had reached its maximum, covering all of northern Manitoba (and indeed, most of North America south to the States of Minnesota and Wisconsin). However, by 21,000 years ago, a warming trend in global climate initiated the final melting and retreat of the ice sheet northward. As the ice sheet retreated in a northeastern direction, it left behind a scared landscape, and the melting ice created the largest lake on earth: Glacial Lake Agassiz.

Lake Agassiz covered more than 170,000 square miles (440,000 sq. km.), inundating most of Manitoba and parts of Saskatchewan, Ontario, Minnesota and North Dakota. The northern shoreline of the massive lake was located at the North Seal River. Lake Agassiz was larger than any currently existing lake in the world. The lake drained and refilled several times from 13,000 to 8,000 years ago. The final period of draining was massive and occurred quickly. The final flood of freshwater from Lake Agassiz into the Arctic Ocean caused a global sea rise of up to 9 feet (3 m), a change in oceanic circulation patterns and a temporary cooling of the climate globally. The final melting and retreat of the ice sheet in northern Manitoba not only temporarily created Lake Agassiz, but also left behind a more permanent and spectacular geologic formation: eskers. Eskers are large sand dunes created below glaciers as the ice sheet melted. They are formed within and between segments of meltwater channels cut into substrate below the base of the ice sheet, as meltwater velocity drops near the terminus of the glacier.

Each trip is designed to bring you a unique slice of the Sub-Arctic. Let us assist you in choosing your perfect adventure!

Learn more about our trips

There are 13 major eskers in the region surrounding Egenolf Lake, which represents a globally rare concentration of geologic features.

Learn more about exploring the eskers

Stay up to date with all our news and specials through our spam-free Newsletter.

Signup for our Newsletter today!