While the non-season of 2020 has been ‘interesting,’ to say the least, several positive improvements came out of it as we sought to make beneficial use of the missed season. One step we know will be a pleasant change for guests and a big step forward is the addition of a solar system to the main lodge. Ganglers had tried one several years ago at our Clifton outpost but the system and technology was not yet adequate and we soon abandoned its use. Solar technology has made many leaps in efficiency since then. This year, lodge manager Kevin and his crew began to remodel our caretaker’s cabin and the question confronting us was what was the best available power system for it during the unforgiving Northern Manitoba winters. 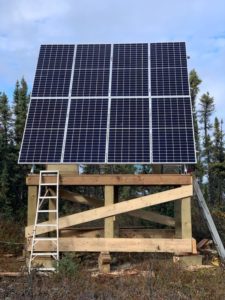 The answer soon pointed us in a direction we had not anticipated- solar. With the assistance of advisors, a system was designed to not only satisfy our power needs during the winter, but should also allow us to go off our generators in the evenings during the regular season and run on solar.  Even with the limited sunlight hour 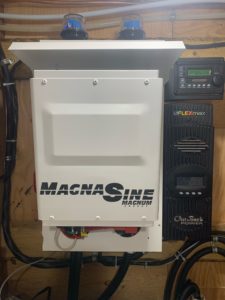 s of a Manitoba winter, this system is producing up to 9000 watts per day. We have high hopes for its capabilities during the long daylight hours of the Northern Manitoba summer. These projects are only the start as we begin our conversion to ‘clean energy’. In 2021, we also plan to upgrade the Clifton system and reimplement it to run this popular outpost. Other Ganglers destinations will follow soon after.

There is nothing better than the sound of a solar system working at night- silence, only interrupted by the cry of a loon, or the howl of a wolf. Just as Nature intended! 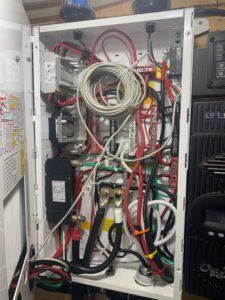 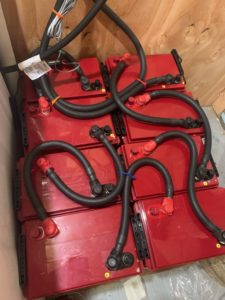